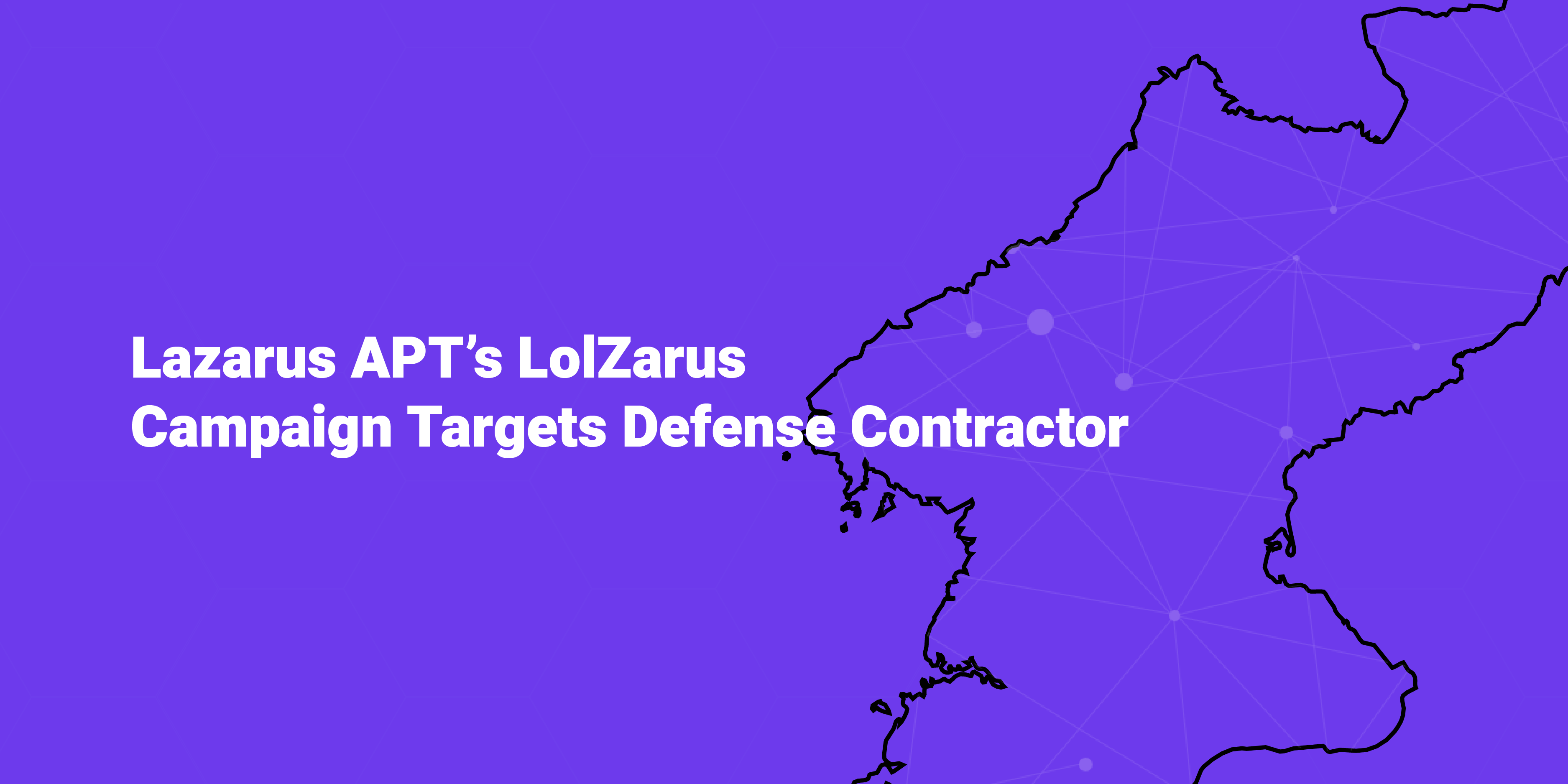 Qualys Threat Research recently reported on a new Lazarus espionage campaign leveraging employment phishing emails to target the defense sector, primarily targeting those applying for a job at Lockheed Martin. The targeting is similar to previous Lazarus campaigns which targeted Northrop Grumman and BAE Systems. Qualys refers to the current campaign as LolZarus due to the threat actor group’s use of LoLbins in some of the samples, which according to Qualys is the first known use of LoLbins by a well-known threat actor group.

The group’s first known activity was Operation Troy, an espionage campaign targeting the South Korean government as early as 2009. Lazarus group’s espionage activity is in line with intelligence collection requirements for the North Korean government, targeting South Korea, the US, and other nations. Lazarus is thought to be responsible for the 2014 Sony Pictures attack and the 2017 WannaCry ransomware campaign. Lazarus has also targeted banks in Ecuador, Vietnam, Bangladesh, Mexico, Poland, and Taiwan and has been known to steal cryptocurrency. In 2020, Lazarus allegedly was responsible for an attack on multiple pharmaceutical companies, including AstraZeneca.

Qualys identified two malicious phishing documents used in the LolZarus campaign: Lockheed_Martin_JobOpportunities.docx  and Salary_Lockheed_Martin_job_opportunities_confidential.doc. Macros within the documents use aliases to rename the APIs used. The macro uses ActiveX Frame1_Layout as an attack vector to automatically execute. The macro loads a Windows Media dll file WMVCORE.DLL then checks for a document variable before entering its main functionality block.

The second stage payload is shellcode embedded as a base64 encoded string array within the macro. The shellcode uses advanced techniques to hijack control flow then sets up a connection to the C2 at https://markettrendingcenter[.]com/member[.]htm.