Why a New Engine Creation and Management Architecture?

We recently completed the “New Engine Claiming and Management” milestone on our development roadmap. Our goal was to make it easier for Engine owners to build, configure and test an engine, and then join the PolySwarm Marketplace, so we’ve completely redesigned the architecture.

END_OF_DOCUMENT_TOKEN_TO_BE_REPLACED

Today we introduce a new utility use for PolySwarm’s Nectar token for average users: distributing rewards for security-relevant data about TLS certificates, DNS resolutions, and potentially malicious files encountered in daily computer use. Many of these telemetry sources are already collected from user devices by Antivirus (AV) providers. Still, there are a number of serious issues with how they are collected, how users are compensated for their information, and how these results are shared. By re-imagining how this marketplace works, we can increase collection transparency, fairly compensate all participants in the marketplace, and, most importantly, create a more unified source of security telemetry that will better protect users worldwide.

In our original whitepaper, we discussed the fragmentation of the AV market and how, in its current form, this fragmentation leads to worse outcomes for users in the marketplace. However, this fragmentation is not limited simply to the world of scanner providers: it affects many other parts of the security industry as well. As we built the PolySwarm marketplace, we realized that many of the disparate pieces of security information our customers were trying to connect are often ones that exist, but in practice, are inaccessible due to the fragmentation of the market.

To attack this problem, we are extending our original design and adding a decentralized marketplace for security telemetry. Users will install a browser extension and, later, a system daemon that reports their telemetry, using privacy-sensitive data structures. Telemetry reports are received by Aggregators and are associated with a reporting user’s wallet, allowing querying by PolySwarm’s cyber security focused consumers who pay for query hits in NCT. Everyday users get paid to provide this telemetry, and, Aggregators and backers with NCT get rewarded for timely telemetry that highlights high-priority attacks and under-the-radar malware campaigns.

This new marketplace provides immediate benefits to all participants. Users get more control over their data and are actually compensated for the value they provide, as well as receive early warnings about threats they have encountered. Aggregators are no longer dependent on their own install base for data and earn NCT for providing query computation and telemetry validation. Stakers help the network determine the most useful sources of telemetry and help reduce the threat of spam on the network, for which they also earn a portion of NCT. Finally, Consumers will now be able to access a truly worldwide network to find the data they need to identify and fight emerging threats.

At PolySwarm, our mission is to bring the security community and users worldwide together to fight malware. By leveraging Ethereum’s global, decentralized network, our new marketplace will greatly further our efforts to bring these groups together by enabling (and incentivizing!) everyone to help solve this difficult problem.

END_OF_DOCUMENT_TOKEN_TO_BE_REPLACED 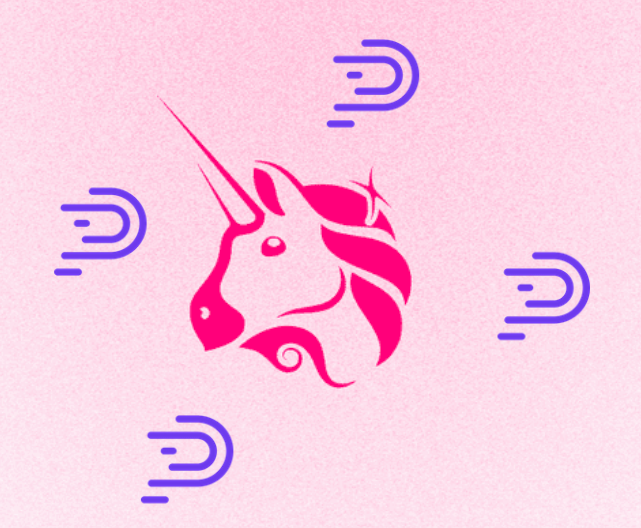 END_OF_DOCUMENT_TOKEN_TO_BE_REPLACED

We are putting the finishing touches on the new backend systems used to manage engines/arbiters and handle bounties. Our goal is to release these changes into production in late March.

Our primary goal with these changes is to greatly simplify how engines are built, tested and run. And to change how they communicate with PolySwarm to be more in line with current industry standards for remote distributed services.

For those of you with existing engines connected to the marketplace, this will be a breaking change. We will provide instructions for how to update your engine to work with the new system. We are trying to make it as simple as possible.

For those who want to start a new engine, or even convert your engine to the new simpler engine framework, we will provide documentation and instructions to do so.

For any engines hosted by PolySwarm, we will update them to continue operating using the parameters they are currently configured with.

We will share a lot more information and more specific details very soon.

The following are more in-depth details for those who are interested.

The first major difference is a change to a Webhook-based system to send bounties to engines. This means that engines need to run a HTTP service on a publicly available IP address/port for the webhook to communicate. The Webhook message will contain all of the information the engine needs to process a bounty, download the artifact, and return the result.

The second major difference is a change to remove the ETH wallet from the engine itself and into a PolySwarm-hosted wallet management system. We have received many complaints about the difficulty and problems with managing a wallet inside an engine, so we are separating them. This will function similarly to how a web-based crypto-currency exchange hosts a wallet for your account.

From the user interface perspective, we are adding administrative functionality to user and team accounts on https://polyswarm.network to configure and manage engines, wallets, and webhooks. We will provide an example web service plus engine along with our documentation.

For each account, you will be able to create an ETH wallet, which can then be used by your engine/arbiter. It will provide basic transfer functionality:

For each account, you will be able to add one or more webhooks, which can then be used by your engines/arbiters. It will provide the standard webhook functionality:

From the marketplace perspective, PolySwarm will use engine configurations to determine which engines are sent a webhook for each bounty. PolySwarm will use responses to webhooks and bounties to track the status of each Engine. Engines can still choose not to process a bounty, by returning an “Unknown” verdict with no bid.

We will continue to use fake ETH/NCT (rinkeby) for the first month or two after these changes are released. We need thorough testing to ensure everything is working reliably, and then we can go to Mainnet. 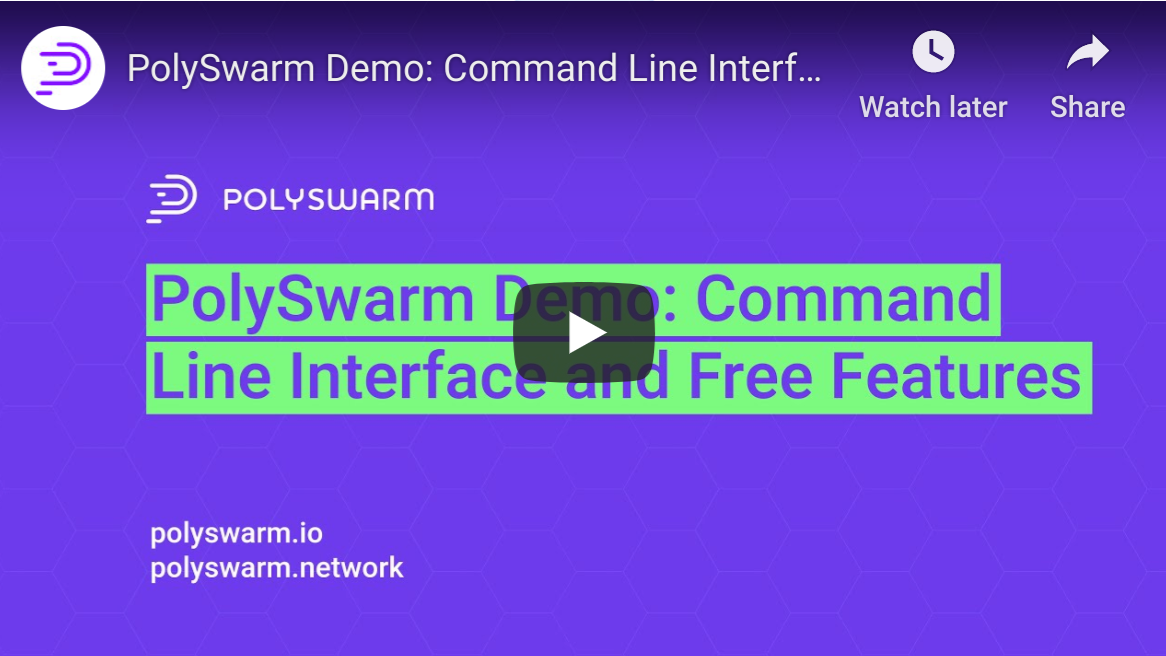 Video: How to use PolySwarm's free command line interface to get intel on malware

END_OF_DOCUMENT_TOKEN_TO_BE_REPLACED 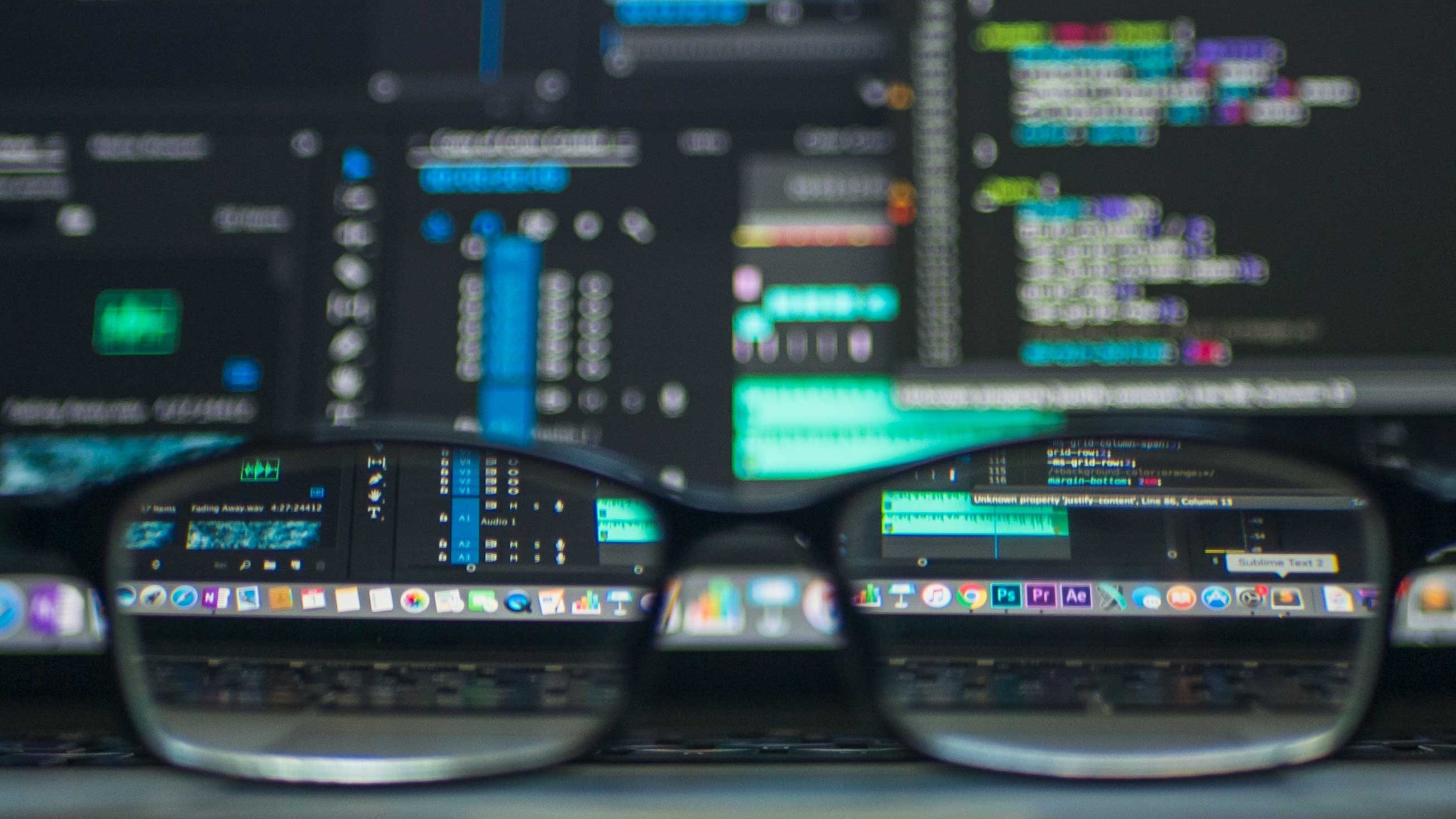 Today, PolySwarm, a threat intelligence platform used to detect new and emerging malware, releases information about a new variant of ZeroCleare (a destructive malware attributed to Iran). PolySwarm Community (free) and Enterprise users were able access to the full content of this sample before it appeared on VirusTotal.

END_OF_DOCUMENT_TOKEN_TO_BE_REPLACED 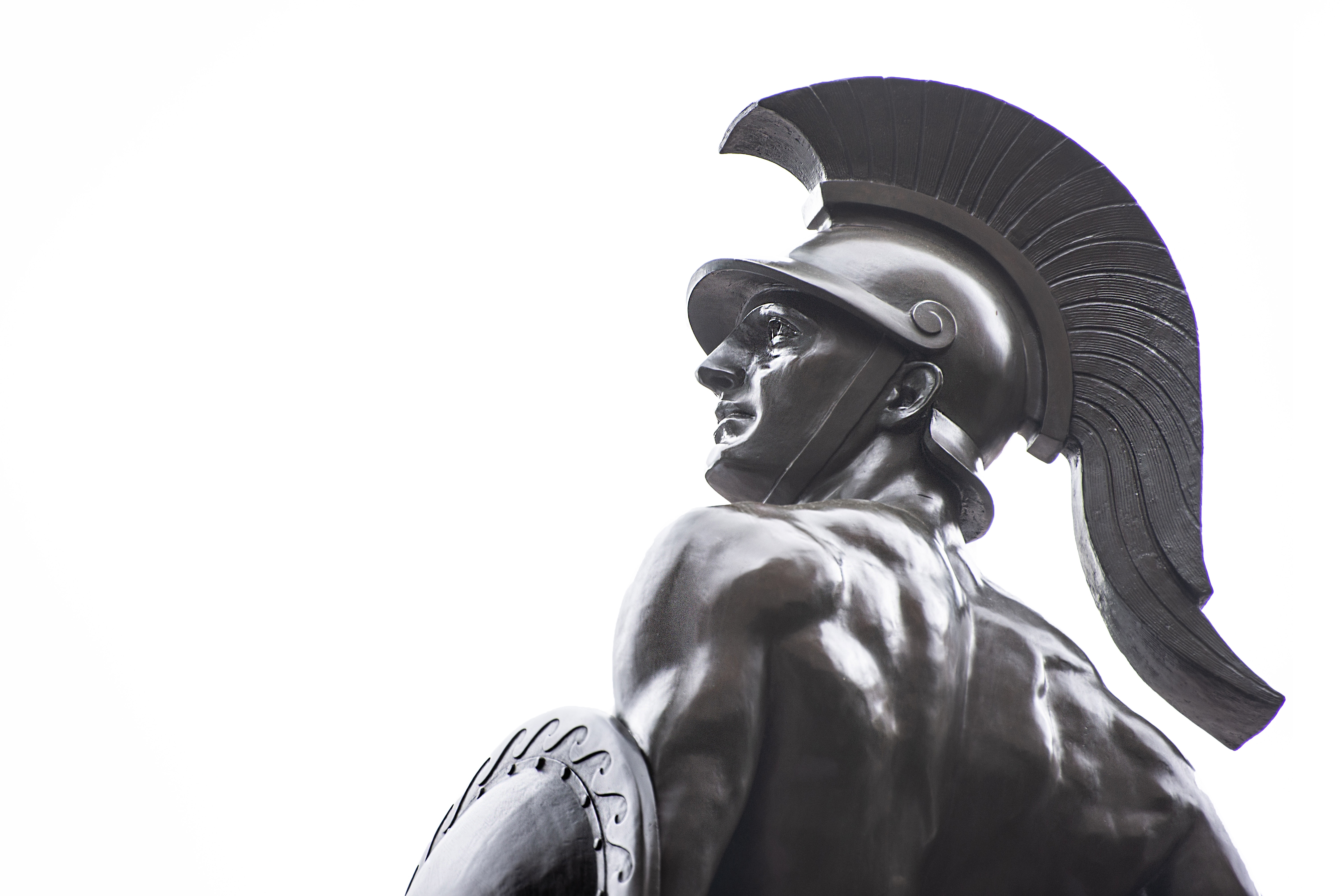 Ginp is a banking Trojan that is actively being used to impersonate targeted banking apps. The malware brings up a screen on the victims phone and displays a window that mimics the real banking app. First, one is prompted to login with their credentials. The second screen steals the victim's credit card details.

END_OF_DOCUMENT_TOKEN_TO_BE_REPLACED 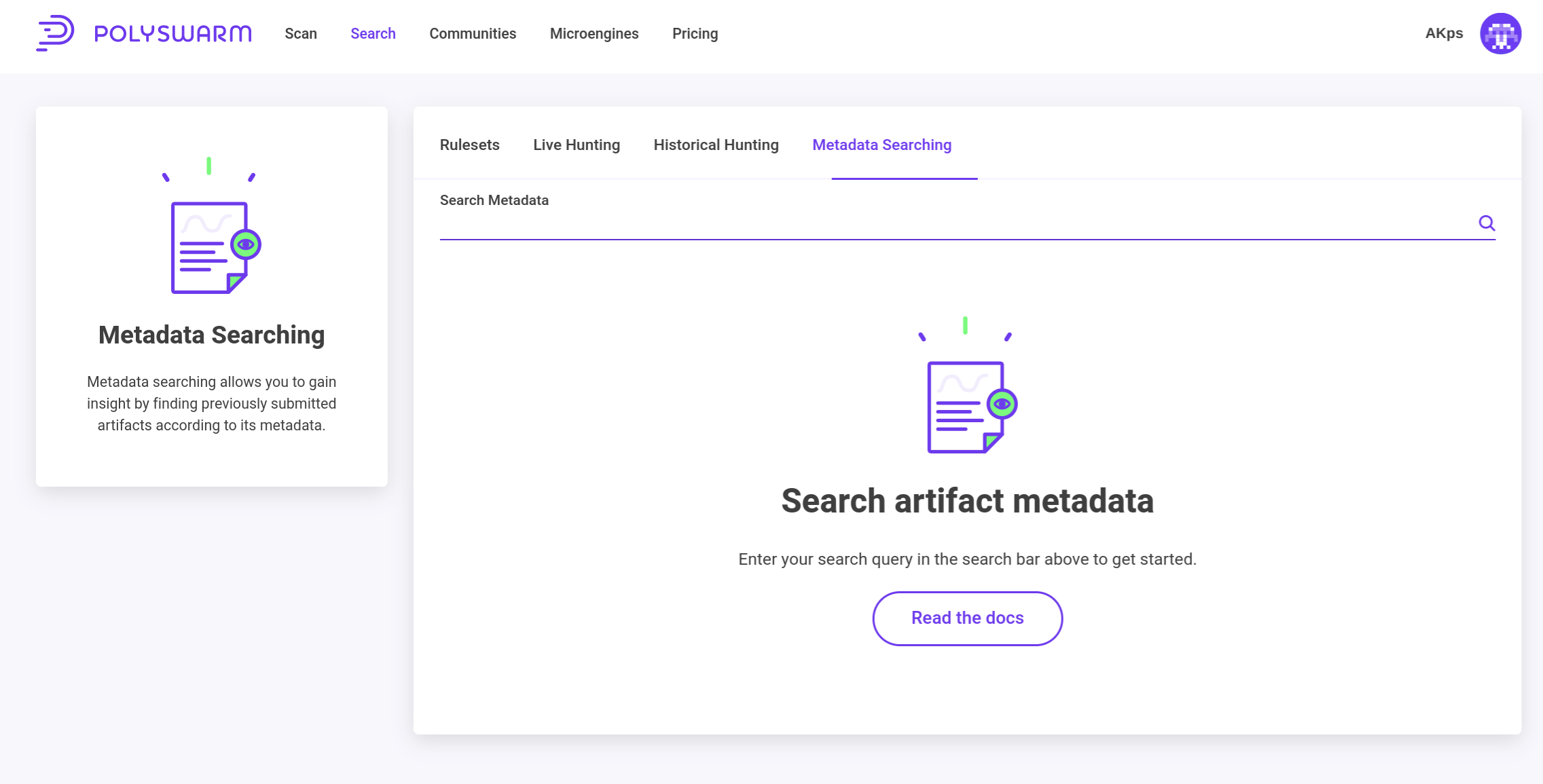 Get better threat intelligence with Metadata Searching in PolySwarm